Art meets fashion in the optimistic universe of Jean-Paul Lespagnard

Jean-Paul Lespagnard's Reflection is an outlandish exhibition which entices the fashion loving world into the realm of Belgian designer.  The retrospective is composed of two principal levels; visitors are welcomed at the ground floor and immediately presented 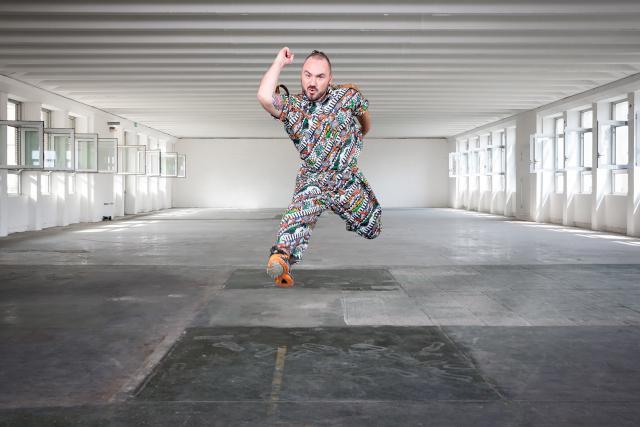 Jean-Paul Lespagnard’s Reflection is an outlandish exhibition which entices the fashion loving world into the realm of Belgian designer.  The retrospective is composed of two principal levels; visitors are welcomed at the ground floor and immediately presented with a myriad of contemporary artists such as Jan Fabre, Wim Delvoye and Georges Lahlou. Within this creative cavity, you can expect to see Objet d’art from today’s prevalent cultures such as a Christmas doll from the Schleife region in Germany, the Manneken-Pis dressed as a Gilles de Binche (a figure from the Carnival in the Belgian town of Binche) and other inspiring objects from the museum’s in-house designer collections.

On the first floor, Lespagnard takes us a step further and gradually reveals (in correlation with the objects on the ground floor) what he has created with these ´pieces´ acting as his raison d’être. There are just over twenty outfits and accessories intotal which boldly sit on display alongside his other signature pieces. Thanks to a fully equipped space and excellent curation within the Museum of Costume and Lace, most of Lespagnard´s outfits will remain as part of the museum’s permanent collections when the exhibition comes to an end, thanks to their new acquisition policy for contemporary items.

Upon reaching the third and final floor, visitors can really pitch their imagination to the post thanks to an interactive fashion space which allows them to design a virtual scarf using one of the designer’s signature items. Set out to look like Lespagnard’s actual design studio, suspended webcams surrounding the workspaces film the composition process then project it onto a large display screen as a live feed. Upon completion, the ´designers´ are then invited to photograph their efforts and send them to the man himself using the handle #ReflectionLespagnard for his comments and future think tank.

¨Lespagnard likes to say that he prefers to dress a personality rather than a person and that his fashion is not aimed at any particular age or physique, which to me is immediately recognisable.¨  – Charles Daniel McDonald

Born in Harze on 5th April 1979, the truck driver’s son went onto graduate in visual arts and fashion design in Liege before going on to work for Anna Sui in New York. Several years later in 2005, he then moved back to Brussels to assist renowned knitwear designer Annemie Verbeke. Recognised as both a multi-talented and prolific designer, Lespagnard has worked in all realms of the creative domains; such as art, dance, theatre, communications and more prominently fashion. He is particularly recognised for his unique runway shows, his many joint projects with U.S. choreographer Meg Stuart and the striking outfits which are worn by artists such as Alice on the Roof and Yelle when acting as influencers for multinational brands such as Jaguar and Eastpak on an international platform. 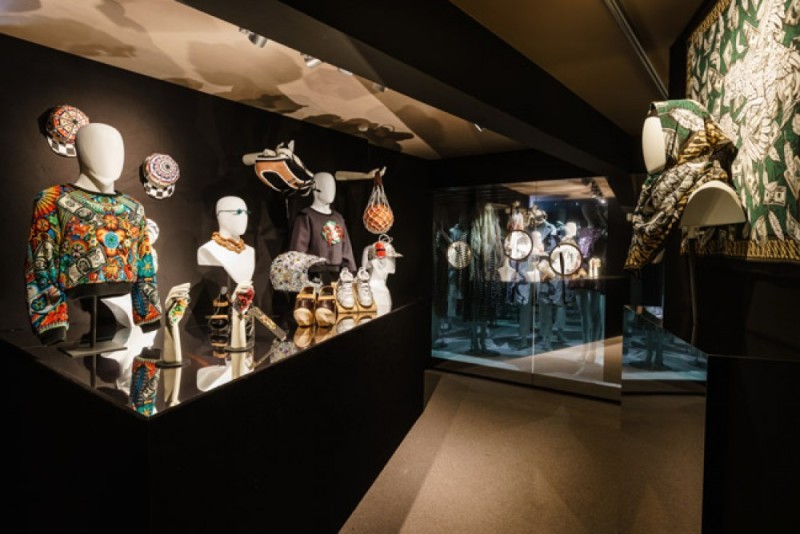 His first collection showcased at Paris Fashion Week back the Spring of 2011 and has seen him go on to take the design world by storm all across the globe, but most notably in Europe, Russia and China. Jean-Paul Lespagnard is recognised for combining a strong fashion sense with a deep fascination for art in all its forms, both mainstream and experimental as he triumphs through his expression of the ´optimistic universe´ where his original and unconventional style go hand in hand with playful impertinence – which is just the ticket for his Bohemian Belgian brood.