Born in Buenos Aires and now living in Barcelona, Ezequiel is a big admirer of Old Hollywood. With an education focused on screenwriting, he can also add acting, directing, and producing to his involvement in 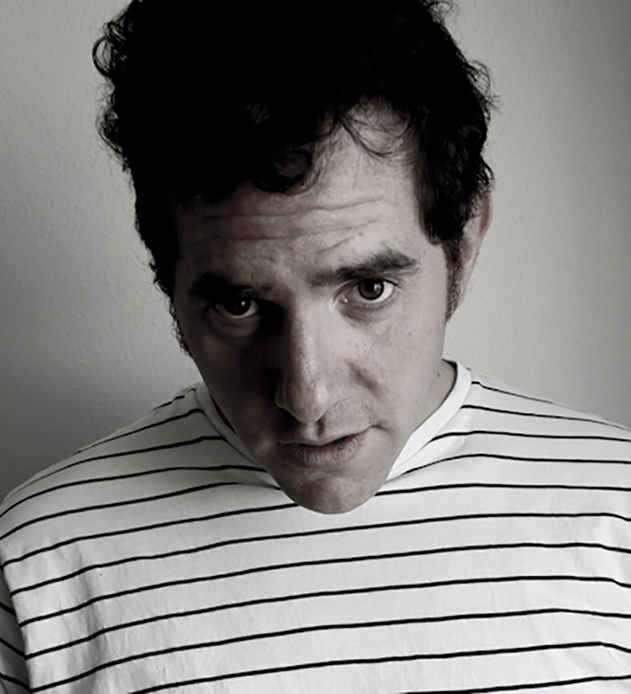 Born in Buenos Aires and now living in Barcelona, Ezequiel is a big admirer of Old Hollywood. With an education focused on screenwriting, he can also add acting, directing, and producing to his involvement in the filmmaking process. This links in with his belief that students of cinema should understand every component that contributes to the creation of a film. His workshops aim to bring about these links, something that is reflected in his acting workshops which also deliver lessons in directing.

A purist at heart, Ezequiel explains why in the film industry egos are best left at the door, collaboration is key, and why you need a great story first and foremost if you are to make a great film.

How did you first get into film?

I could say that I got into film because of my mother and grandmother. When I was a kid, I was always watching classic movies with Bogart, John Huston, Brando… But my love for stories definitely came from my family. My grandmother was Polish and she would always tell me stories about her life in Poland, which made me fall in love with storytelling.

You were raised with films holding an important role in your life. How did you come to Barcelona, what attracted you to the city?

I am from Argentina, Buenos Aires, and I came here ten years ago. I have also lived in Montreal and Madrid, working on various projects.

You have also been involved in the theatre world. How did that come about from your film background?

The thing about my involvement with theatre is that my work there was still linked with movies. When I was studying screenwriting at film school, a teacher suggested I take acting classes to help with the dialogue I was writing, to better understand things from the point of view of the actor. I followed that advice, and it turned out I really liked acting.

Can you talk me through your career progression?

I studied films and then I worked in production, and in the last few years I decided to teach as well because I wanted to share my knowledge and further investigate my craft and concepts. Furthermore, because I see that the concepts I have are not usually applied in film schools here, I wanted to take control and put my thoughts with regard to this into practice.

What is the concept you speak of?

As I told you, I really like classic films, and when I see what is being done now, which is so technique focused, I always think the most important element is forgotten. I am having a war with technology because I find that visual styles are often very developed, but people have forgotten how to tell a story, which is the most important factor.

The workshops you run then, aim to drive people back to focusing more on the story?

Exactly. And I am trying to connect all the different roles you have when making a film. There are the actors, screenwriters, camera people, and I want to link them all. I do not see them as separate entities.

Collaboration, then, is at the heart of the classes?

Yes. Some people say they want to learn about cinema because they like cinema. That is not enough. I try to teach people about the importance of maintaining a connection between all the elements of film-making.

How do you perceive the film and film-making scene in Barcelona, and Spain?

When I see short films from Spain, or films made by students, I feel that technique is all that is emphasised. There are a lot of techniques and post-production values, but no stories. This starts, in my opinion, with education. So I try and counteract that with what I teach in my workshops.

Exactly. I want the crew to care about the actors and vice-versa, and about the screenwriters. I consider every element to be important, but no element is king. Sometimes, however, some elements get treated as more important that others, when the story is the only thing that should be considered superior. When I say this I think of people I admire such as Scorsese and Coppola, and I try to bring back the values they championed in cinema.

You have been involved in screenwriting, directing, acting, producing… which is your favourite?

My first love is screen-writing, and I still teach that now. I also believe that it provides the core of a film. You can have the best actors, the best director, for example, but with a bad script, you cannot have a good film.

You are running two workshops at the moment, is that right?

I am running a directing course, I have groups that I work with on screenwriting, and I also run an acting group in English. But of course, the acting course is not just focused on acting, but also on directing. Again, I am attempting to connect the roles so that each person can know how to approach the other when working on a film so that the best results are obtained. I think, for example, that I know how to communicate with actors effectively through my training as an actor. It’s all about creating a common language. This movement is growing, so I am hopeful.

What is the length of the workshops?

The longest courses last three or four months, some workshops run for one month at a time, and I run some one-day workshops also.

What would you say to someone who is perhaps interested in this industry but does not know how to approach it, or what to expect?

Firstly, know it is going to be hard. There is a lot of competition. Persistence is also key. To a scriptwriter, I would say this: forget about your first script, they are not going to shoot it. The second or third, maybe. It’s about persistence and discipline, not only passion. You have to work hard to write every day, and have a routine, and you have to have the desire to tell stories.

The best story ever told?

It is so, so difficult! Right now, off the top of my head, The Godfather.

“I think cinema, movies, and magic have always been closely associated. The very earliest people who made film were magicians.” Francis Ford Coppola