I don't think I am the only person in the world whose self-confidence plummets when watching improvised theatre. It is like sitting down in a restaurant and making the oh-so-common error of ordering an underwhelming, soggy 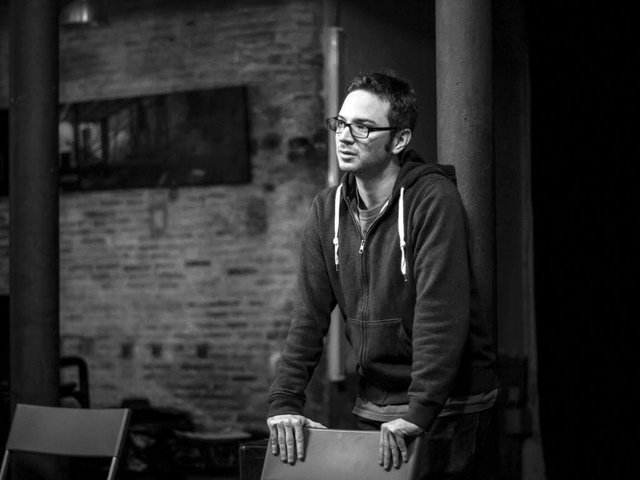 I don’t think I am the only person in the world whose self-confidence plummets when watching improvised theatre. It is like sitting down in a restaurant and making the oh-so-common error of ordering an underwhelming, soggy Caesar salad, whilst your sister is smiling smugly over a juicy steak. Except I am the Caesar salad, and the steak is on stage. If I’m honest, I feel a burning envy towards these actors who are so effortlessly cool, confident and carefree. What is their secret? Are they really improvising? They must have practiced this before…

Noah Levin is one of these actors that I am increasingly jealous of. A key member of B.I.G. (Barcelona Improv Group), comedian and co-producer of weekly radio show ‘Nick and Noah Need Help’, Noah’s talent base seems to be never ending. What makes him even more enviable is his kindness and eagerness to use his talents to help others. Noah firmly believes that improv and theatre can help individuals too. In 2013 he took BIG into the world of applied improvisation, which uses improv to  help businesses develop and improve communication skills. Does the man have no faults?

Last month I managed to quell my jealousy just enough to steal Noah for a quick interview. Fully armed with a croissant and a café con leche, I set off to meet him, ready to get to the bottom of my burning questions.

Noah, after six years in Barcelona, you are certainly one of the city’s B.I.G. names. Why did you decide to come here?

About seven years ago I left New York and decided to go backpacking. I came to Barcelona for one month of a five-month trip and fell in love with it. It was a time in my life where I was mobile. I didn’t have anywhere I needed to be.

So you saw a space?

How did you find improv in Barcelona?

The second day I was here, we had a Thanksgiving dinner and I sat next to a guy called Ben who does improv here. He told me about this group that meets every week to do a self-taught improv workshop, open to everybody. So the next day I decided to go. I got so lost on my way that I showed up an hour late! But I participated in the workshop, and at the end of the class I spoke to the teacher and told him I had been doing improv professionally for four years in New York. I offered to run a workshop, which I did the next week, and the following week they asked me to run the group with them. I just fell right in. 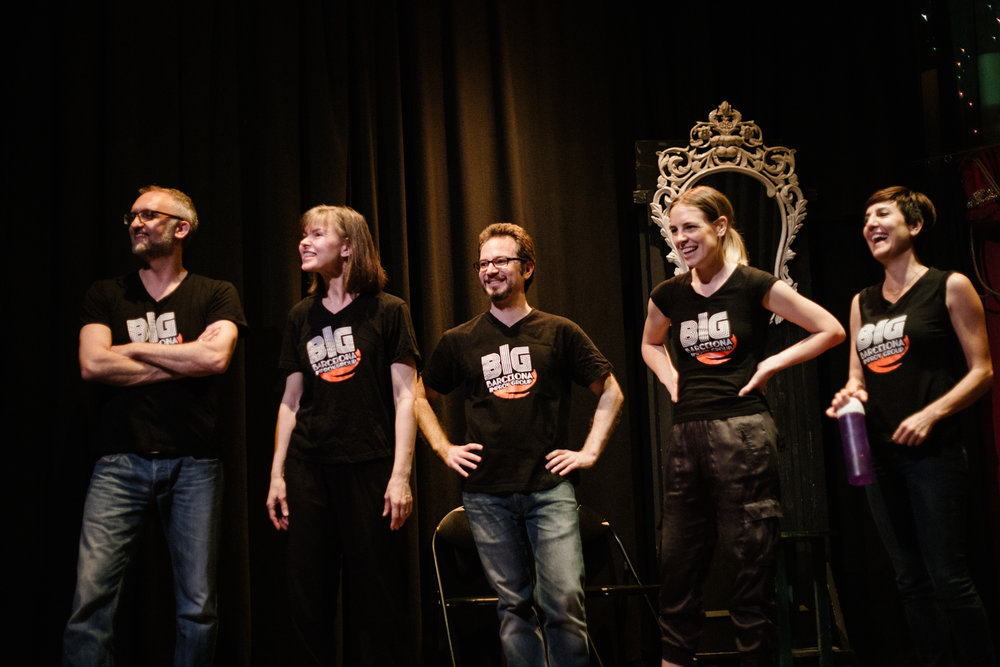 So tell me a little bit more about the B.I.G. Sunday workshops?

We run a workshop every Sunday. We ask for donations but they are free to come to. Each workshop has a particular focus which changes every week. It might be characters, intimacy, storytelling. We’ll do some skill exercises for about 30-60 minutes, so if we’re doing a character workshop we’ll do exercises that help you get into character, stay in character or have interaction between characters. We’ll mix people up to work individually, as pairs or as groups. I always try and keep it very active. The rest of the time is spent in practice. We do short-form games, for example, the audience chooses three people and assigns them really big, strange characters as guests at a party. Then the host has to play a scene and guess who the three guests are. By 7pm we wrap up, let people know what events are coming up, then we go and get drinks.

And let’s talk about the B.I.G. monthly shows…

There are five of us on the professional team, and every month we trade off who is directing. The director decides on the theme or the format of the show. For example, Ella directed our December show ‘Holidays with the In-laws’. We invited a local Spanish improv team to come and join us. We recently worked with them in a show called ‘Lost in Translation’, a format where the only rule was that you could not speak the same language as someone else on stage. We had Italian, Basque, French, Spanish, Dutch… it was wild.

It seems slightly contradictory that an improvised show needs rehearsals. How much preparation goes into the performance?

Quite a bit. We plan the format and the content, but the words that come out our mouth are different every time. For example, one format might be a murder mystery. Everything is improvised but we know that in these first 4 scenes, every character has to give some reference to how they know the other characters involved in the story. At the halfway point the audience would then pick who dies. We set the scene for a murder mystery, but we have no idea who will be the murderer. 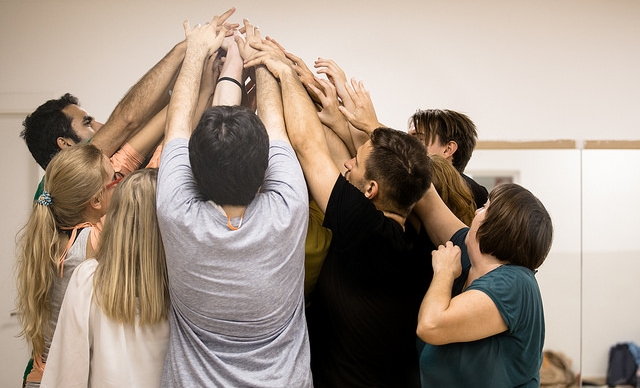 Do people ever fall back into the same things they might have done the week before? If something amazing comes out of one Monday it must be quite hard not to slip back into it…

If you try to recreate a moment in improv it falls flat. I think there are people that are good at that because they practice that skill of making that ‘rehearsed line’ sound improvised. But that’s not what we do.

So when you come to your monthly performance, everything that you have ‘rehearsed’ over the last few weeks is forgotten?

Yes. I’d say the only thing that comes out is the subconscious chatter. For example, once we were heading back from an out of town gig and talking about the Lady Gaga documentary. Two weeks later in rehearsal, there were some strong Lady Gaga influences. There was a performer whose body was breaking down because of being overworked in performance. The four of us who were in the car knew exactly that this was in reference to the Lady Gaga documentary which we had all been talking about two weeks earlier.

How much do your own emotions affect how you improvise on stage?

Do you ever have arguments on stage? If you are acting in an improvised conflict, surely there is the possibility of an underlying concern that there is tension between these people?

Yeah, there is something in that, but we try not to have arguments on stage. We try to work away from conflict because conflict is the easier way to create a dynamic scene. It’s more fulfilling and gives you more pathways if you find places of agreement. You can react to others. That is the killer of improvisation, you have to listen to what other people are saying and take that in so you can react and give something authentic back. 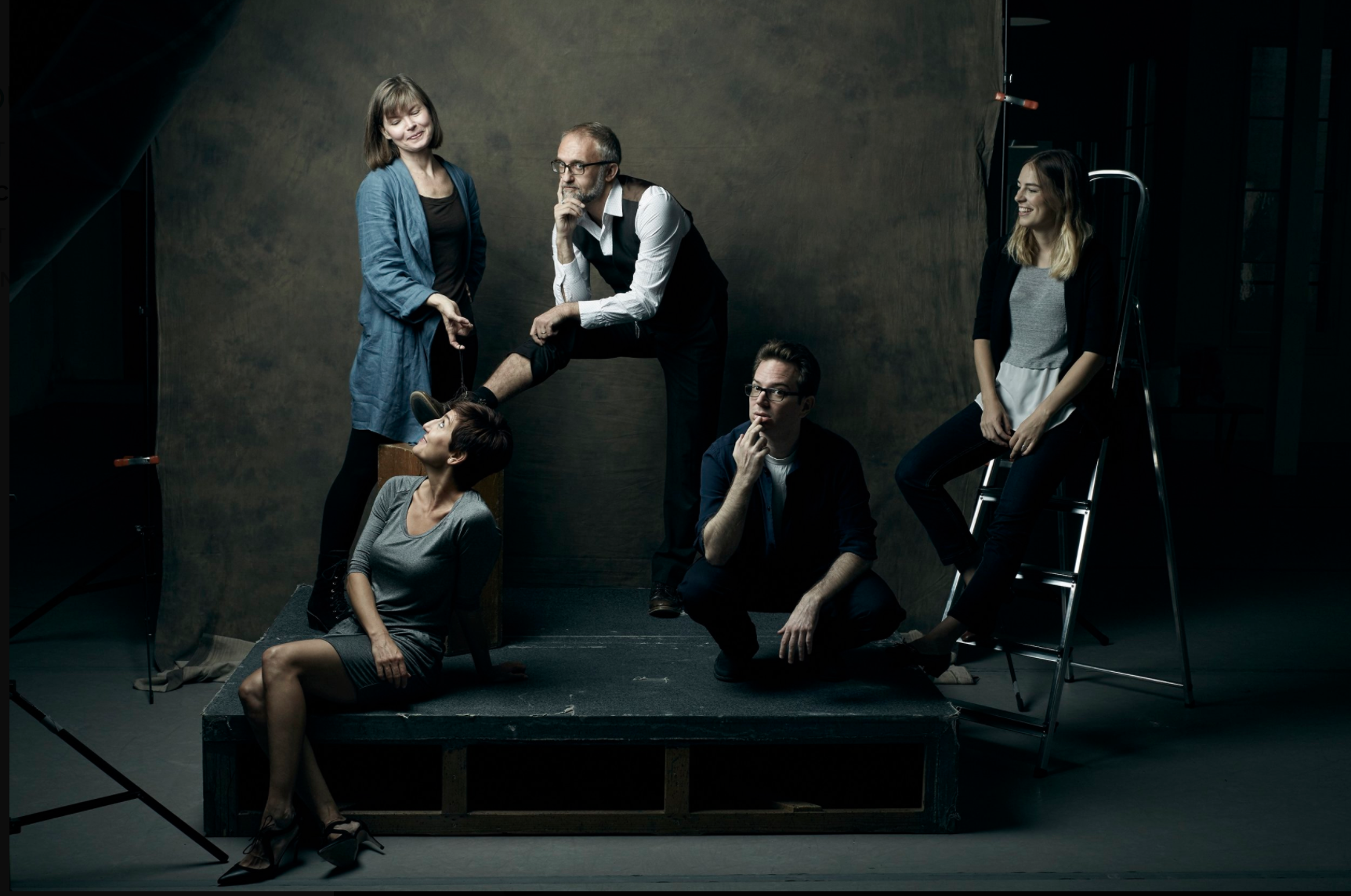 Let’s talk about your applied improv business, ‘The Present Moment’. You run workshops where people and businesses come and you help them with communication skills through improvisation. Where did this idea come from?

Back in 2013, one of our students asked if we could put together a proposal to do an applied improvisation workshop at his company. He wanted to bring the things that he enjoyed about improv classes into the workplace. We put together simple 45-minute workshops on creativity, agreement, teamwork and just fun.

What sort of companies come to you?

We have a range of anything and everything. I had one team of 7 video game designers at the beginning of their multiyear project doing bonding and visioning exercises. We got them to buy into and express the values of their company, getting them in a cooperative mindset for creation. We’ve done an orientation for 85 employees of a delivery company, getting them to open up and work collaboratively.

How do you go about tackling phobias of public speaking?

My main focus is control. I teach people the physical and mental methods- mind over matter – to put you in control. If you imagine the ideal presenter: confident, charismatic, clear, all eyes on him/her, the audience hanging on their every word, the question is, how can we break this down? We dissect all these qualities and practice them in isolation, as just the physical or mental things. We build that scaffolding up, then lay the character and emotion on top of that.

So it’s both a mental and physical experience? 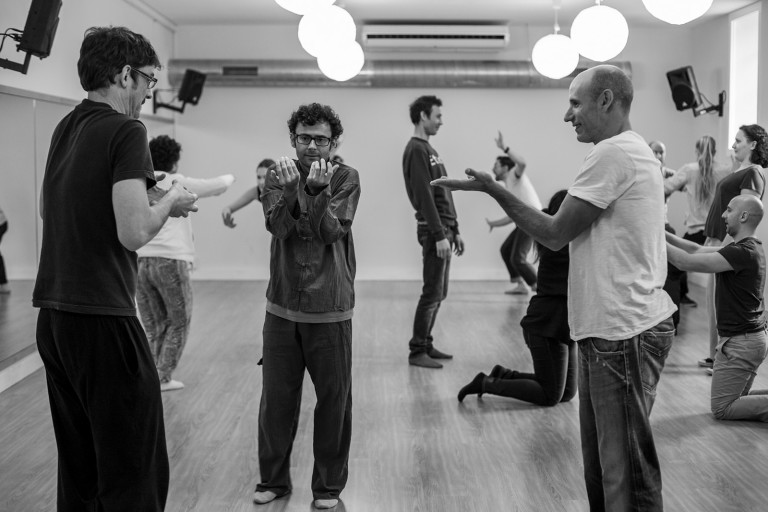 It must be so rewarding to see people develop and watch them overcome these issues, because this is more than teaching maths or science isn’t it, it is self-improvement.

I love getting a little note saying ‘I just did my speech/presentation – thank you so much!’. It is wonderful. The whole purpose of teaching is that you want an improvement from your students. I have a lot of fun teaching, but if I give somebody a class and they don’t prosper from it, I feel bad.

And finally Noah, tell us your secret hideout in Barcelona

On Passatje de Sant Benet, 9, right near the Arc de Triomf there is this amazing little Chinese restaurant, Tapa de China. On weekdays they do a 6€ menu del día. You get a steel tray and you can pick six dishes plus rice and soup (more than enough food). The pork belly and the eggplant are to die for. Sometimes there will be very authentic food there- like chicken feet! My tip- show up early because by 2pm all the good stuff is gone.

Now who fancies exchanging that soggy Caesar salad for a juicy steak?

“I’ll tell you what freedom is to me: no fear!” Nina Simone