Wägner’s “Twilight of the Gods” at Liceu Opera Barcelona

“The Twilight of the Gods”, a spectacular musical drama in 3 acts and a prologue opened last night at Barcelona’s majestic Gran Teatre del Liceu to a full house. This operatic masterpiece was written by 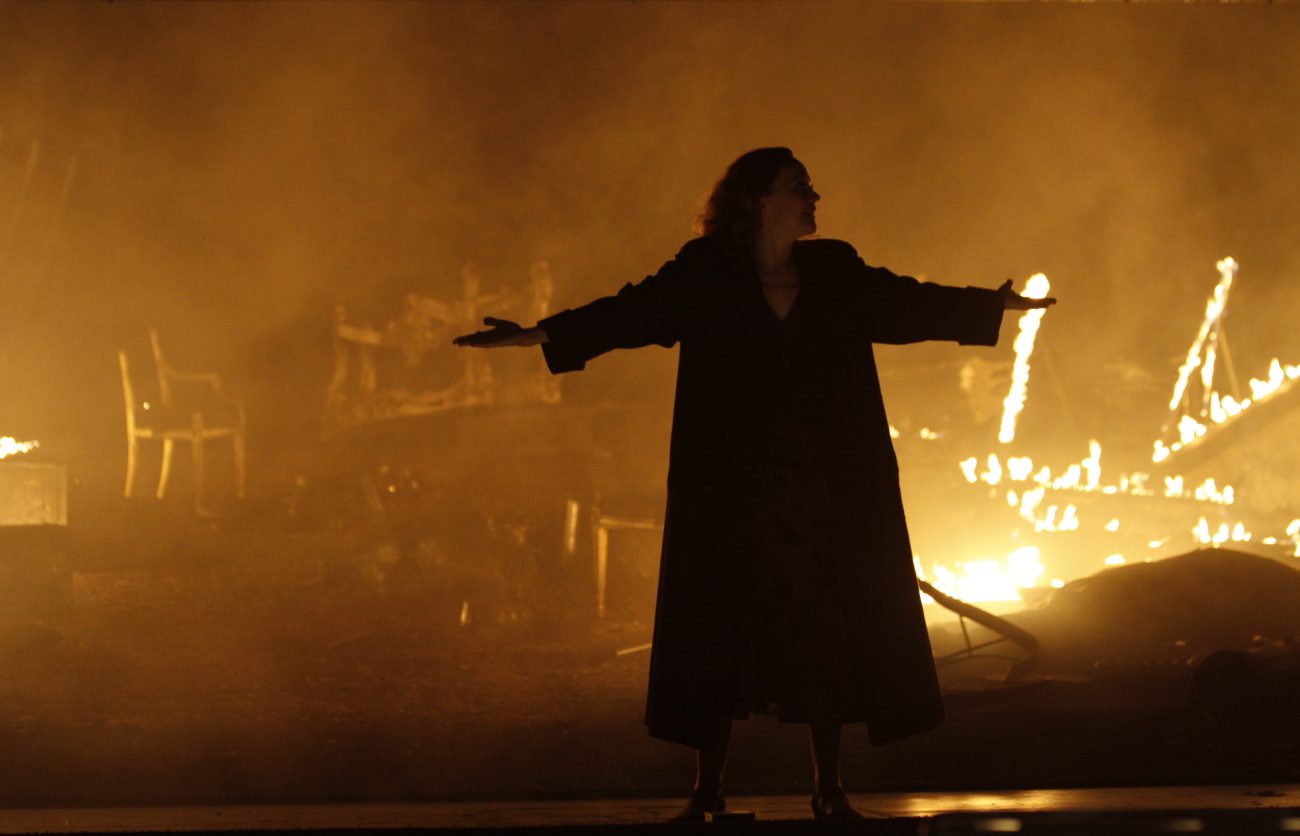 “The Twilight of the Gods”, a spectacular musical drama in 3 acts and a prologue opened last night at Barcelona’s majestic Gran Teatre del Liceu to a full house. This operatic masterpiece was written by Wagner and premièred in Germany in 1876. The opulence of Barcelona’s internationally renowned opera house sets the stage for a spectacular interpretation of this classic epic, and from the moment the conductor’s baton lifted the first notes from the orchestra to its closing twirl the enchantment of its art touched us all. The opera is sung in German, with Catalan subtitles above the stage.

This is the fourth and final part of The Ring of Nieblung drama, based on an Old Norse prophesy of a war between heroes and gods. Its opening prologue is pure poetry: the three daughters of the ancient earth goddess Erda weave the ropes of destiny, behind Brünnhilde’s rock, singing of past, present and future. The rope breaks and fate is set in motion, sealing the destiny of the mortals whose actions and reactions create a powerful and engaging insight into human strength and frailty, emotion and intellectual strategy that unfold with the story.

Siegfried the hero is deeply in love with the warrior princess Brüunhilde and vows to cross the river of fire behind which she is trapped by a curse of the gods to return for her, entrusting her with the Ring of Power as a token of his amorous intention. In the Hall of the noble Gibichungs, Gunther, lord of the house, listens to his chief minister Hagen’s counsel and agrees to find a wife for himself and a husband for his sister Gutrune. Siegfried is summoned to the court, drugged with a potion that makes him forget about Brüunhilde and falls in love with Gutrune instead. He readily agrees to cross the perilous river of fire and bring back Brüunhilde for Gunther to wed, aided by a magical shape-shifting cloak that alters his physical appearance and tricks Brüunhilde into thinking that the brave hero who has claimed her and to whom she must submit is Gunther.

This intrigue of star-crossed lovers, betrayals and bewitching sets the backdrop against which the protagonists struggle to affirm their truth and worldly concerns. Hagen’s power-struggle for the ring, Brüunhilde’s despair at her lover’s deception, and Gunther’s distress at having his beau’s hand but not her heart are accompanied by the passionately stirring music of Wagner. A lonely oboe refrain lifts and lilts between symphonic flights of grandeur. The vocal range and emotional depth of the operatic pieces is truly stirring.

The manipulative Hagen fuels each new misunderstanding and observes the oaths made in his favour. When Brüunhilde realises part of the truth – that it was a disguised Siegfried who claimed her and took the ring, not Gunther, she creates a scene after which the honour of all, including her bitter desire for revenge, can only be restored by the death of Siegfried. Out hunting, the hero comes across the Rhinemaidens who mourn their lost gold and tell of a prophecy of his demise. He scorns them, however on encountering his supposed compatriots, Hagen’s sword seals their words, but not before he has tasted a potion that restores his memory and reignites the flames of his passion for Brüunhilde.

Life and death, ardour and ruin tremble at the extremities of these earthly dualities, building up to a climax of dramatic action and song, musical virtuosity and visual intensity in a breathtaking operatic finale. Brüunhilde’s solo voice catches the threads of the fates as she orders that a huge funeral pyre is built. Stepping into the blaze her body burns with the ring, dissolving into dust and ashes. The molten legacy of gold is finally returned to the river and the gods perish in the flames.

A standing ovation rang throughout the Liceu in recognition of a masterfully delivered performance, cries of “Bravo!” accompanied each final bow. Opera, some claim is the highest art form as it brings together impassioned song, carefully choreographed dramatic action, an orchestra of talented musicians, lavish stage design and lighting, all seamlessly woven into a shimmering droplet of expressive allurement. And Wagner’s Götterdämmerung is up there with the best.

The Orquestra Sinfònica I Cor del Garn Teatre del Liceu, led by conductor Josep Pons and a prestigious cast which includes Lance Ryan as Siegfried and Iréne Theorin as Buünhilde have five more performances scheduled in March, on the 3rd, 7th, 11th, 14th and 19th.
www.liceubarcelona.cat