It was on a bright Saturday morning when I had the opportunity to sit down with Roots Surf Fest founder Matt Kemp. No stranger to keeping busy, he also helps to run a school in 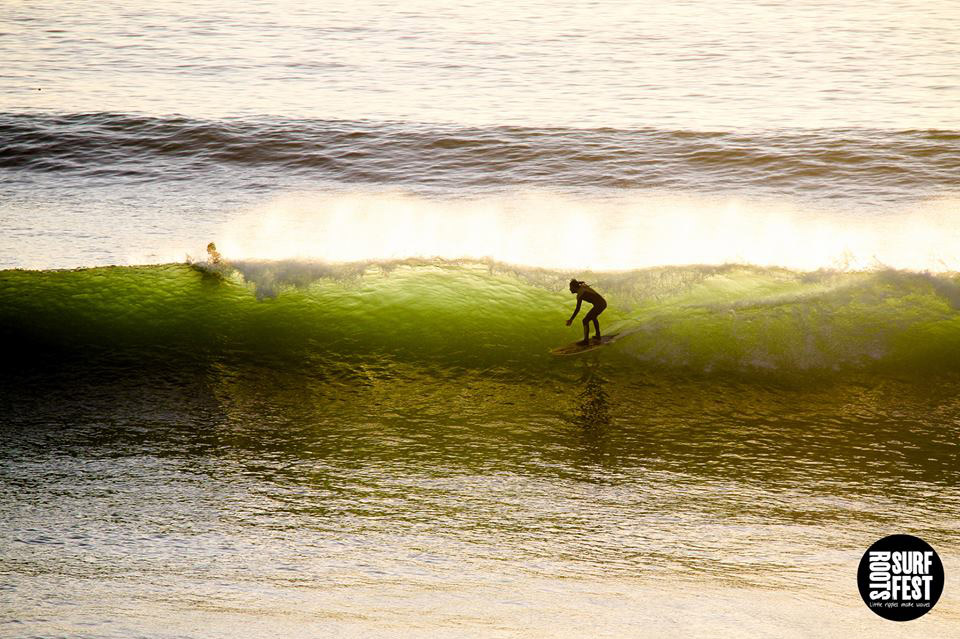 It was on a bright Saturday morning when I had the opportunity to sit down with Roots Surf Fest founder Matt Kemp. No stranger to keeping busy, he also helps to run a school in Vila Olímpica and plays with his band Kid Hyena, who had a concert the previous night. We met to discuss the week-long event being held in El Palmar, Andalusia. Of average height and lithe build, Matt carries himself mildly with the type of character flexible enough to get along with nearly everyone. As we sat on a beachside terrace we had the chance to get into more detail about the festival. 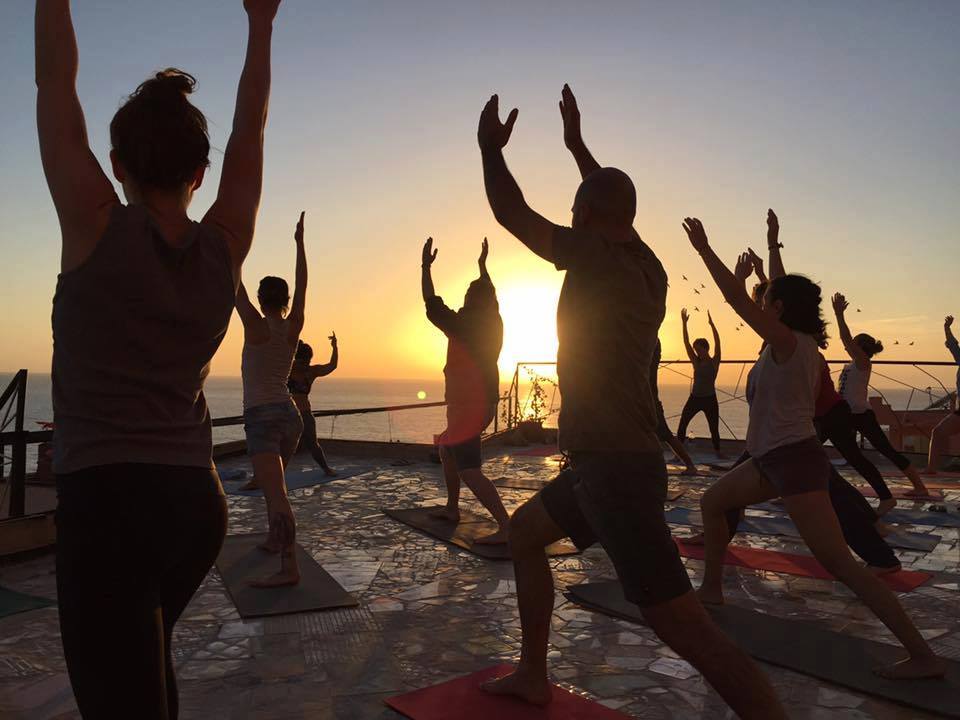 Sun salutations by the sea

Why did you decide to hold the festival in Andalusia?

Well, it’s really a beautiful area in what is essentially a surf village. It’s important for us to include elements of the local community this year. It’s an experiment. This year is going to be much more community based than the previous festivals. Additionally, with all the different activities we’ve lined up, from yoga to skate, kickboxing & body percussion, the south of Spain is more aligned with what we want to do this year in terms of local culture – we hope to make a positive impact in the area through ocean conservation awareness.

What type of people does this festival attract?

Certainly someone who is more laid-back in their approach to life… non-judgmental and open to trying new things. I mean, it’s an intense week, full of things to do, and the people who come tend to be willing to try just about everything. This is the type of experience that one never forgets, whether you’re cut out for surfing or not.

Do you need to be a surfer to get the most out of it?

Not at all, the festival is really about having fun and doing something new. As a beginner you have the option of taking surf classes, as part of a package. At first we have some talks on land to learn the basics such as standing up, posture and balance. Afterwards, you’ll be accompanied by an instructor in the water. The good thing with surfing is that you fall softly into the water. It’s never hard, and always fun. And of course there are experienced surfers as well, who come to take advantage of the warm and friendly vibes the festival has always creates. 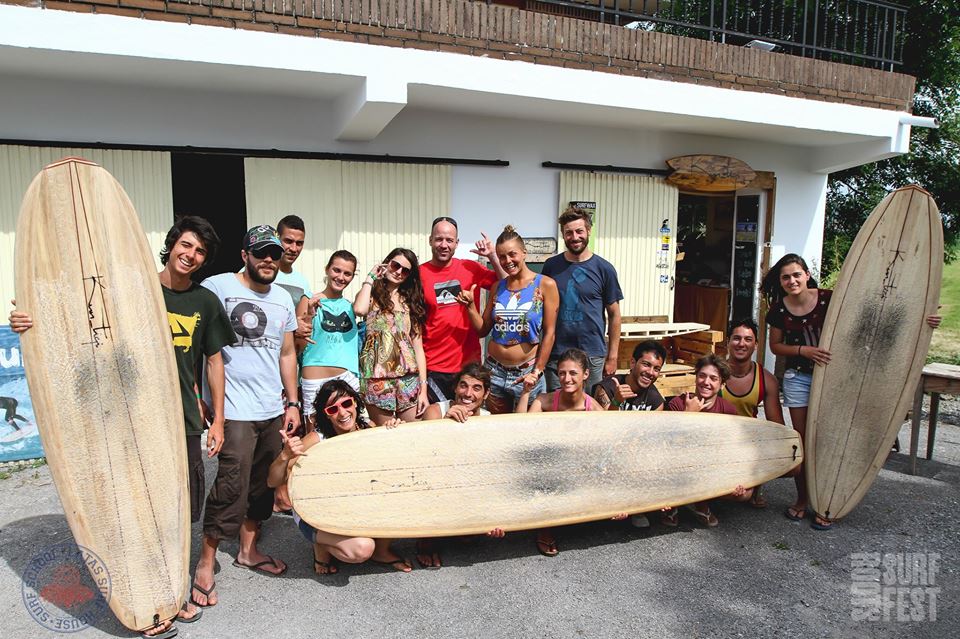 All set to surf the waves

Could you share some insights into the festival’s focus on raising awareness of ocean conservation?

The beaches we have here and everywhere really are so beautiful – but they’re wrecked. A few years ago I worked at a summer camp and the amount of waste was ridiculous. My estimation was that every day there were at least six hundred plastic cups alone. These kind of experiences have fuelled my desire to spread deeper awareness surrounding plastic use and the problems the oceans face. In fact, in Santander, for our first festival, it was obvious that the local beaches had a huge pollution problem. Surfers, as you know, spend a lot of time in the water, nearly 80% of the year for some of them, so obviously they deal with the trash. Every evening we had chats, forums, and documentary screenings of various issues concerning the environment. And these surfers came to our chats and would genuinely break down in tears with the realization of the scale of the problem and how their own personal habits fit in.
At each festival we do a beach clean- up and plant trees to offset carbon created by the festival. Everyone normally participates, which is awesome! We currently have a project to help introduce waste management at one of our former festival sites in Taghazout, Morocco, and hope to achieve our goal soon.
The damage we’ve done to the oceans is disheartening and we need to address the problem NOW  – Little ripples make waves! 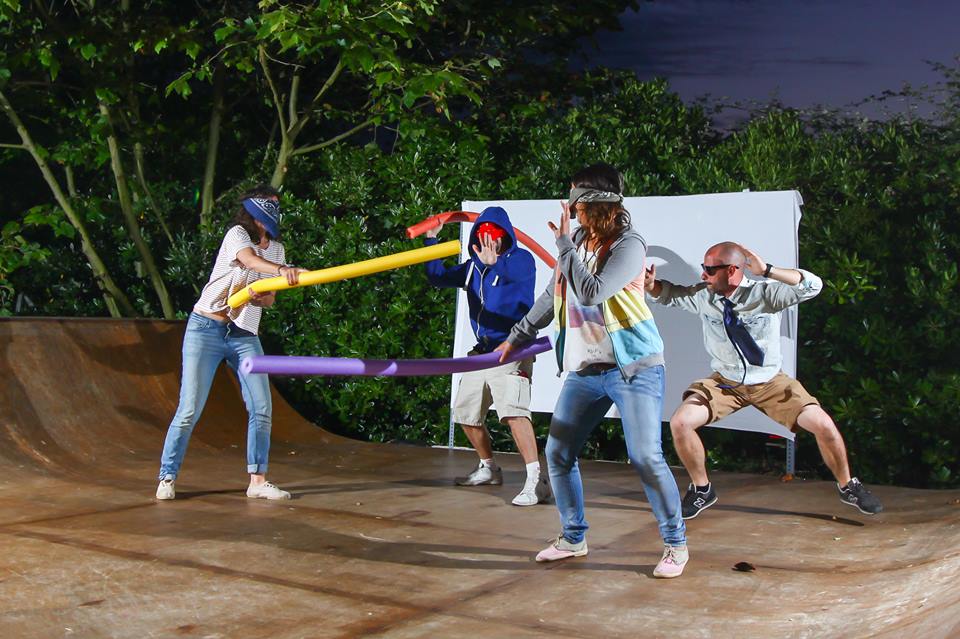 Play together, work together…

How many years have you been running this surf festival?

This will be our 6th. Since the first, it has grown and become more sophisticated in terms of the activities. We’ve never aimed for this to be a big thing, primarily due to the whole sustainability angle. We’ve made a conscious decision not to let it grow into anything more than a festival that accommodates 100 people.  We have recently gone ‘Not for Profit’ enabling us to charge a lot less than before, bring the fest into line with our original vision.

What other activities can we expect to find?

There’s yoga twice a day, which goes well with the surfing. Calisthenics is ideal for helping adjust to the demands surfing puts on the body. There’s also live music, from locals and non-locals, including open-mics and anti-karaoke. Music generally plays a big part in adding to the good vibe. Every night there are DJs playing everything from hip-hop to breakbeat.We also have workshops such as creative writing, skating and kick boxing. We provide a platform for all participants to offer something and cocreate a vibrant and communal atmosphere for the week. It’s important for us that the festival is all-inclusive and so there’s absolutely something for everyone. Whatever a person is into, and whatever happens, it’ll be loads of fun. 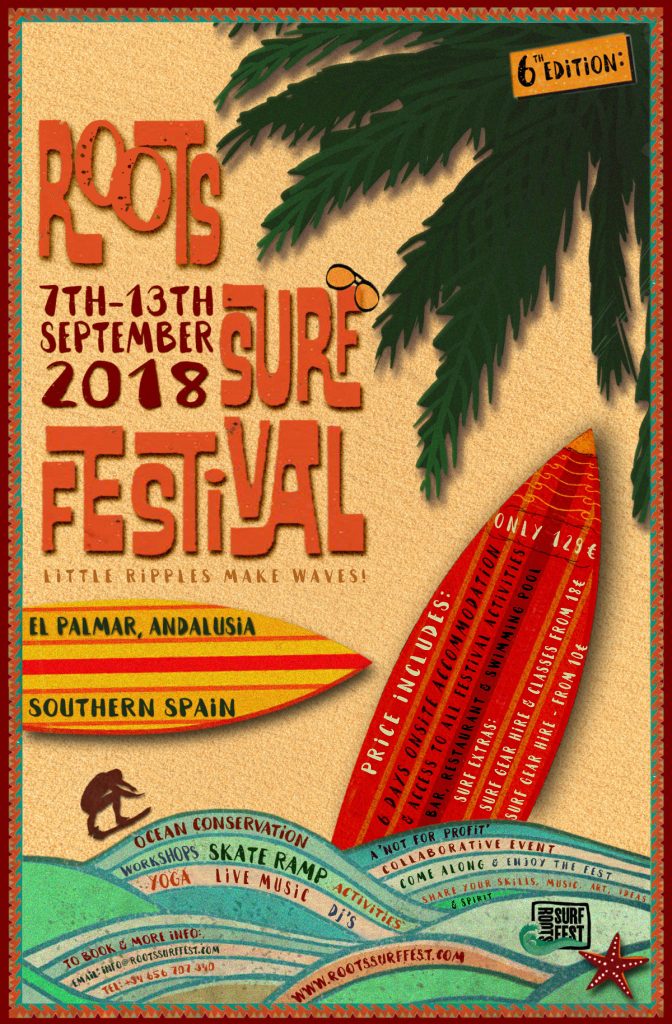 “We’re all equal before a wave.” Laird Hamilton

Gerald Thompson
Gerald Thompson is an American expat who’s been living in Europe for over a decade. Barcelona is where he calls home. He has a dusty old blog where he occasionally puts snippets of his thoughts.
http://thetruealchemy.blogspot.com

Gerald Thompson is an American expat who’s been living in Europe for over a decade. Barcelona is where he calls home. He has a dusty old blog where he occasionally puts snippets of his thoughts.