Home / participate  / No Cats, No VIPs. Yes to vegan burgers, indie attitude and craft beer at the Cat Bar
participate

No Cats, No VIPs. Yes to vegan burgers, indie attitude and craft beer at the Cat Bar

We could debate the merits and disadvantages of judging an establishment by its Facebook description but the Cat Bar’s ‘About’ section gives a succinct insight into the place (and its owner). It reads: “There is 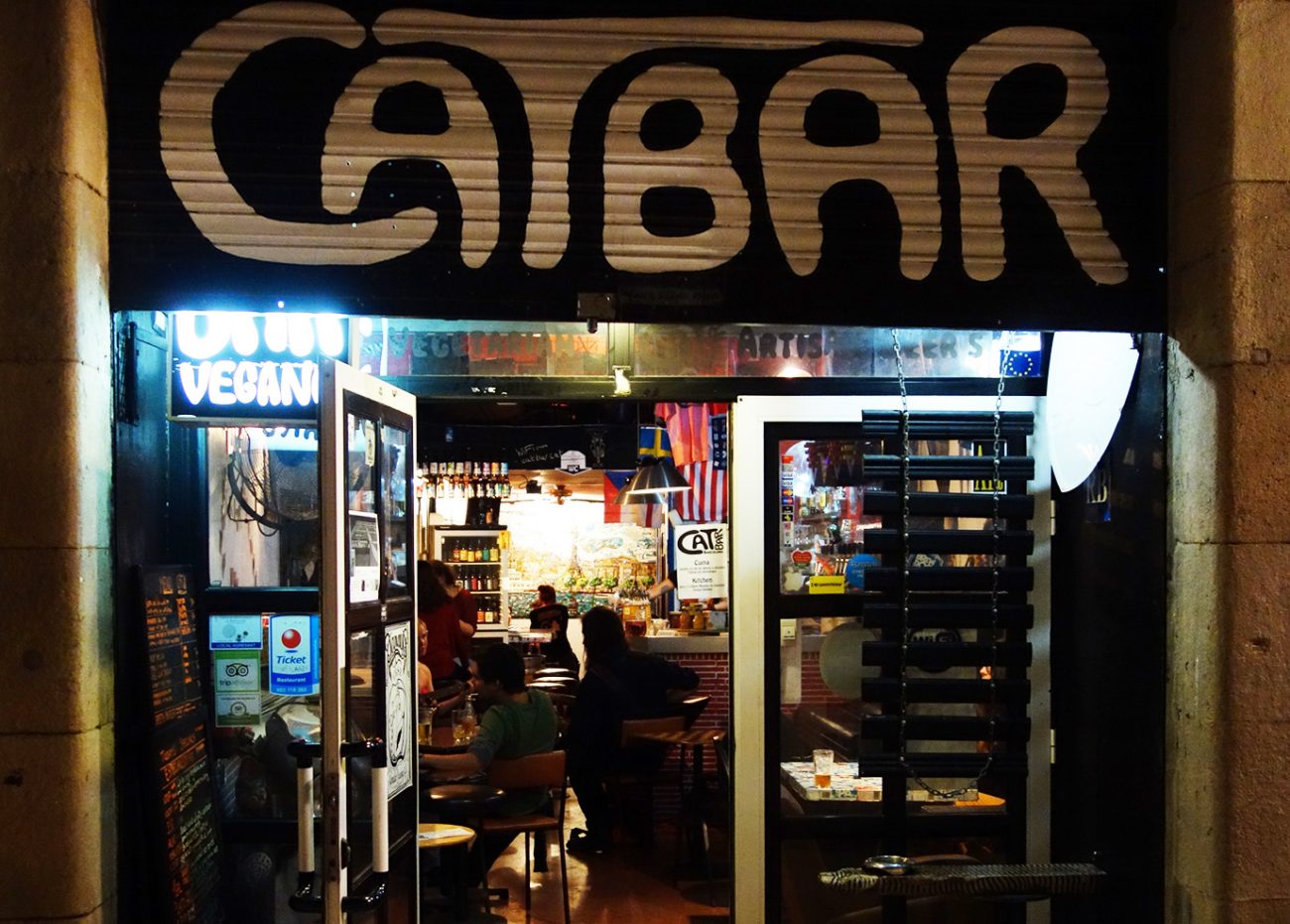 We could debate the merits and disadvantages of judging an establishment by its Facebook description but the Cat Bar’s ‘About’ section gives a succinct insight into the place (and its owner). It reads: “There is NO air-con, NO reservations, NO Cats, NO VIPs, and” Princesses” (male or female) may find the lack of fawning unsettling, it’s treat as are treated here.” Whilst perhaps not the most welcoming of introductions, Cat Bar doesn’t need to ingratiate anyone as it attracts a balance of tourists and locals alike who are captivated by the quirky bohemian décor and the unusual combination of local craft beers and all-vegan burgers.

The owner, Roy, is a Cumbrian-born expat who specifically moved to Spain in 2009 to fulfil his dream of opening a bar-restaurant for both vegans and craft beer lovers. Before that, he worked as an electrical engineer designing safety equipment for hazardous areas, so it’s been quite a career change. For Roy, however, it’s not just a retirement plan, it’s the future. Roy is vegan himself and sees veganism as the inevitable lifestyle for everyone. In his view, meat is “going out” as the ever-increasing population makes it less and less sustainable to rear both land and water hungry animals such as cows. Indeed, he sees the meat industry on the point of decline, with alternative products such as soy poised to replace meat in our diets. In particular, he mentioned the fact that around 75% of global soy produce is used for livestock feed and only 6% is directly consumed by humans (mainly in Asia). If people ate more soy and less meat therefore, these percentages could easily change, providing enough food for everyone without having to requisition additional land for agriculture.

Regardless of whether veganism will take over the world or not, Cat Bar is undoubtedly prospering. “We don’t need to do any advertising, we get enough customers as it is.” Roy informed me. In fact, they’re regularly forced to turn customers away and make use of a large ‘Sorry We’re Full’ sign by the door to inform would-be customers. This is despite the fact that the competition in Barcelona has steadily increased in recent years. “When I arrived here in 2009, there were only two craft beer places in this city; now there are about 48 in total. And, since I got here, another fifteen or so vegan restaurants have also opened.” Evidently, the popularity of both craft beer and veganism has increased and business owners are seeking to get into this new niche market.

Unsurprisingly for a vegan bar, Cat Bar aims to be as environmentally friendly as possible. All the beans, spices and nuts that constitute the different burgers and buns are quite literally bought from next door. The vegetables are also locally sourced and the craft beers are all brewed in Barcelona. Indeed, only the burger mix is made abroad (in England) and this is because no one in the city has been willing to make it for them.

Visitors may be disappointed to discover that there aren’t any real cats in Cat Bar. Instead, it is named after Roy’s daughter, and simultaneously gives a nod to the province of Catalonia. Regardless of this fact, visitors have helped decorate the walls with photographs, drawings and even sculptures of felines which help give the place an informal, edgy character. Conversely, an eclectic selection of other animals have visited in the past, including dogs, ferrets, rats and even pigs!

Cat Bar is a fantastic example of how following your dreams can be become very real, especially in a unique city such as Barcelona. It also provides an illustration of the magnetic quality the Catalan capital has for enticing people to come and live here and enjoy the perks of the Spanish way of life.

“Even as a junkie I stayed true to vegetarianism – ‘I shall have heroin, but I shan’t have a hamburger.’ What a sexy little paradox”
Russel Brand