Before a funk gig, you can dig a vibe that it is going to be a banging evening. When there is a large turnout of local soul / funk outfit lead singers and musicians in 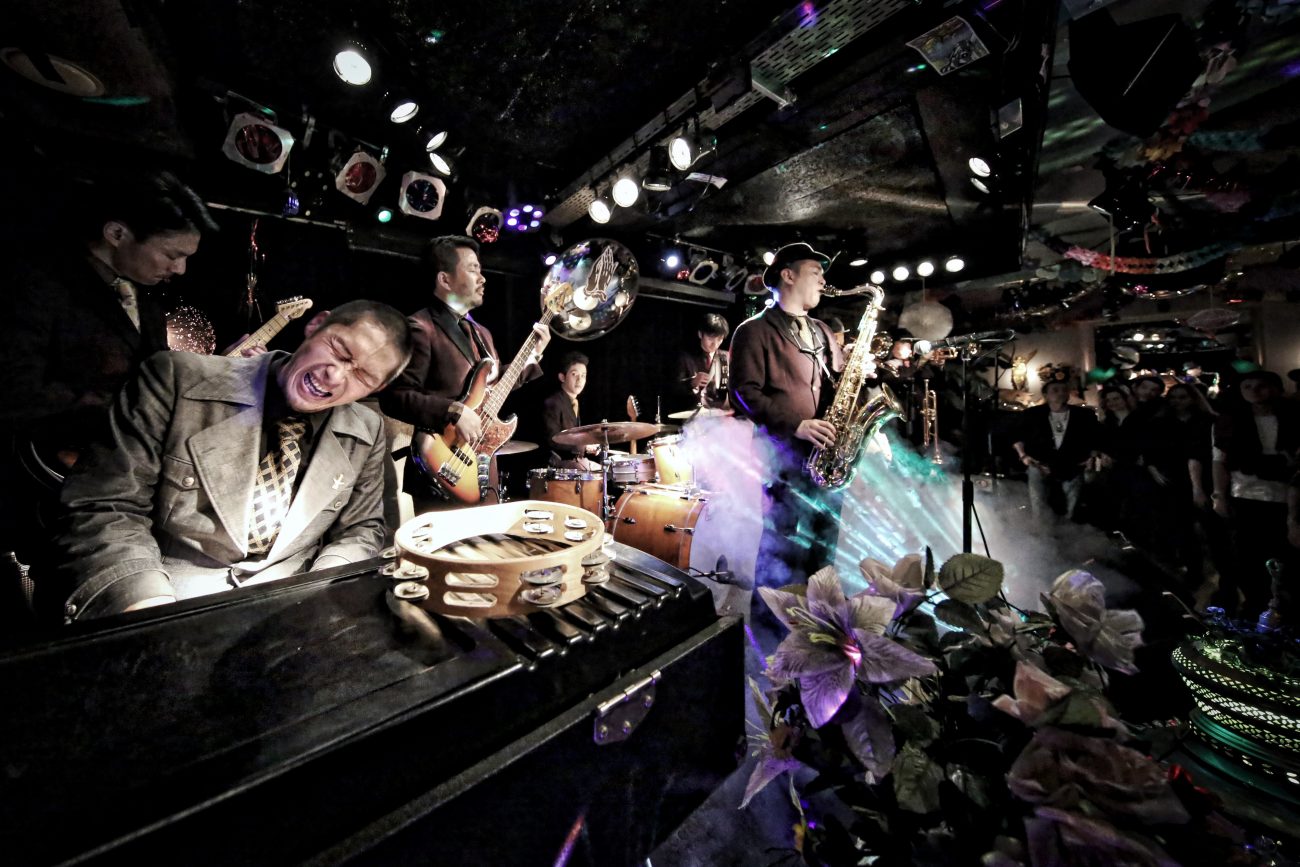 Before a funk gig, you can dig a vibe that it is going to be a banging evening. When there is a large turnout of local soul / funk outfit lead singers and musicians in the audience, you know that the night is going to be bitchin’. I think I know why. Barcelona was waited impatiently for four years for soul outfit Osaka Monaurail to return. That moment had finally come and the crowd at Marula Cafè were ready for it.

Lead singer Ryo Nakata quickly confirmed that this was a special night for the band – no less than their 25th anniversary. The venue was packed and ready to hip, groove and celebrate their silver anniversary.

During the show, it was obvious that Nakata takes his main influence from the grand master of soul James Brown. Like Brown, he feels the crowd, soul vibe, and throws in countless “Come ons”, “Wanna hear the bridge”, and “Ye-ow”s just like funkmeister Brown. His performance is typical of a soul man and a showman. As a showman, he does not disappoint with his contagious energy, smiles or cheeky grins that transmits his soul feeling flawlessly to the audience throughout the gig.

The whole band is renowned for their super-tight live performance. This night they did not disappoint. To say they sounded clear and non-invasive to the eardrums is an understatement. The sound levels were perfect. The bass could have been punchier and the drumming a little more marked, but their records follow the same sound as the band’s vibe is more subdued than in-your-face funk. Sound and musicianship are timed to perfection. It’s like hearing soul played to the rhythm of a Swiss watch. Saying this, solos and ad-libs felt empty of feeling. That dash of risky improvisation that marks one night’s performance as different to the other was missing. They should just – let go.

Live, their landmark ‘get the funk up and dance’ material is taken from other artists. Their own material is very close to a James Brown sound, but doesn’t quite kick as hard as Brown’s tunes do.  Not that this matters, as the lead singer’s live performance and energy is contagious, especially with some of the big hits played during the evening. The set list had rich pickings from you guessed it – James Brown. ‘Sex machine’ was the evening’s highlight. My personal favourite was a rich and smooth rendition of Wilson Picket’s, ‘Funky Broadway’. Original versions on the set list featured a lot of tunes picked from ‘the State of the World’ and ‘Riptide’ albums. These included funk-short ‘Get down’, smooth instrumental ‘Calinga’, and another personal favourite, the porn-tastic ‘Truck Turner’.

Now to the biggest downers of the evening – the band’s choice of set list and pacing and the venue’s stage had very limited visibility. One moment we were on the high and funking it down to a ‘sex machine’, then the next we were brought down by an elevator music instrumental. The first few times I thought it was down to a microphone problem and they were ad-libbing for time. But no, this seemed to be on the set list. The pacing was frustrating and quite a few people left.

While venue’s acoustics and sound mixing were exemplary, the venue has two metre-thick pillars that significantly obstruct the view of the performers. The stage needed to be significantly higher.

A big shout out to Mukai Shimon, their flute and baritone and tenor sax extraordinaire and stand-out musician of the gig. He moved like a king of soul and played a punchy, rhythmic soulful sax. At one point, Nakata waved Shimon to the front of the stage to play an up-beat instrumental named ‘Hard Times’. It featured a wicked sick sax solo which finished up right on the beat. During the night he whipped out the flute on quite a few occasions. It felt like the band was giving a very subtle nod to their Asian origin.

Osaka Monaurail delivered a performance which was second to none with its tightness, sound EQ and energy. As you would expect from a veteran band. The opportunity to catch a band of this quality in a small venue is a pleasure. If you love a James Brown-esque live experience – catch these Japanese funksters when they are next in town.

“You need a purpose to express yourself, but that expression is its own purpose.” Ai Weiwei

Drill
A lover of furious funk fusion and a selection of cheeses, fine wine, good times and reviewing what he pleases. Urban beat poet, true-say in lines, and riffs bass licks in a band.

A lover of furious funk fusion and a selection of cheeses, fine wine, good times and reviewing what he pleases. Urban beat poet, true-say in lines, and riffs bass licks in a band.